Bonaire, also known as “Divers Paradise”, is the first Caribbean Island to create a protected marine park and is renowned for its beautiful underwater world.

Its healthy coral reefs are home to an abundance of Caribbean fish and creatures – large and small.

Bonaire, also known as “Divers Paradise”, is the first Caribbean Island to create a protected marine park and is renowned for its beautiful underwater world.

Its healthy coral reefs are home to an abundance of Caribbean fish and creatures – large and small.

In addition to diving, there are many other world class water sports available, including windsurfing, kite surfing, sailing, as well as snorkeling and kayaking in the gorgeous mangroves of Lac Bay marine park. Although the official languages of Bonaire are Dutch and “Papiamento” (Portuguese based Creole) English is commonly used and widely accepted. Kralendijk is the city center of Bonaire and features a hospital, recompressionchamber, clinics, pharmacies, massage centers and day spas, as well as a great variety of bars and restaurants. Dining options range from “come as you are” to upscale but casual fine dining.

Bonaire is a beautiful tropical island in the Caribbean that officially belongs to the Kingdom of the Netherlands. It has been a special municipality of the Netherlands since October 2010 along with the islands of Saba and Saint Eustatius, together called the BES Islands.

Bonaire is the most eastern island of the ABC islands, as known at the Lesser Antilles. It has a land area of 288 km2, is 40 km long and only 5-12 km wide. With only 18,000 inhabitants, Bonaire is one of the less densely populated islands in the Caribbean. The broad variety of landscapes include small beaches, lagoons, mangroves, saltpans and desert- like areas, also known as “kunuku”.

Next to Kralendijk, Bonaire has the old and authentic village of Rincon, where you can experience and learn about Bonaire’s history.

Bars & Restaurants
Bonaire has a lot of bars and good and pleasant restaurants, were you can enjoy a nice drink or a delicious meal.

Activities
• Diving, learn to dive or explorer the underwater world with Beyond the corals
• Snorkeling, enjoy the beautiful reef and the many different fishes of Bonaire
• Windsurfing, at Sorobon, one of the worlds famous spots
• Kite surfing, at kite surf beach Atlantic
• Kayaking, at Lac Bay and see the great mangrove the nursery room from the sea
• Sailing, go out by boat, enjoy the good wind, sail to klein Bonaire 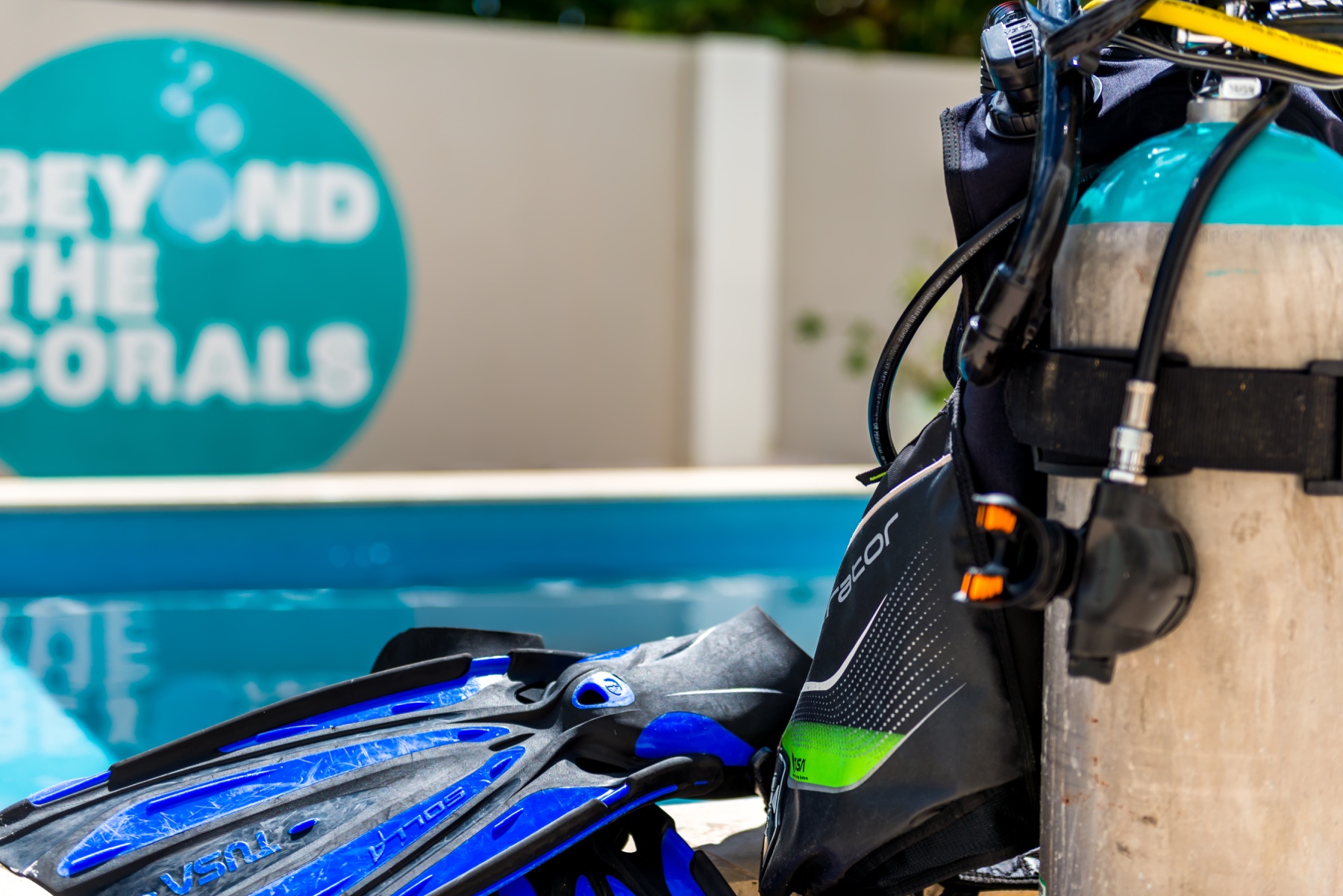